Career Pivoting, build on your strengths when planning a career move

Career pivoting is a purpose lead shift in a new, related direction that is made by building on your strengths. Typically, when the word “pivot” is used, it refers to a strategy shift, moving from Plan A to Plan B to save a business from dwindling profits or a dismal forecast. But when it comes to our careers, learning to pivot—within our roles and job paths—is the new Plan A. (Career Strategist, Jenny Blake, HR-magazine)

In my professional career as an independent consultant working with recruitment, head-hunting and organisational development and as a seed investor, supporting founder´s dreams become reality, I have experienced the need for career pivoting in many different ways.

I first came across pivoting as a teenager playing basketball, where it is a movement in which the player holding the ball may move in any direction with one foot while keeping the other (the pivot foot) in contact with the floor, this today works for me as a great visualization of pivoting.

“Work is not just a job, it is our exercise in miracle making”

(Stoick Joan Chittister, The Rule of Benedict – A spiritual guide for the 21st,century)

As a consultant working with different organisations and individuals I often find that people have a tendency to lose their purpose and let life/time run their development and kind of go with the flow, without spending much thought on where and why they are going down the path that they are. As mentioned earlier career pivoting is a purpose lead shift and in order to find the purpose for a shift we as individual need to generate ideas. Luckily idea generations is one of all humans shared traits, it is something that we can simply not stop generating, the difference is in our willingness and eager to execute our ideas. I urge people to give serious thoughts to these matters in order to take life in to once own hands and take control of their life and happiness.

I myself is not a role model when it comes to career pivoting. I grew up in a home where my mum ran the company that I run today and I have always tried to get out of recruitment – without succeeding. Overtime I learned to love recruitment and are now at a stage where I do not wish to let it go. Before taking over the family business I have spent my first eight years after graduation working in six different companies (with recruitment) more or less choosing to resign all of the companies within the first two years in order for me to make a career pivot. Looking back I feel that it would have been wiser for me to lean a bit more on others and to give things a bit more time before reaching my decisions, after all, from a tactical career perspective, it would have been wise to spend a bit more time in each company/role. From a statistical perspective we do also see an accelerating learning curve within the 3-5 first years in a role. This does not mean that I regret my decisions on this matter, just that I cannot stand out as a role model in this regard. On the other hand, this also means that I in short time have gained a great deal of experience on these matters and I will therefor share some of the signs that I have become aware of when experienced over a longer period of time:

The above have always been a bit of guiding sentence to me, which is also read into the Richard Bransons following view on fortune: Those people and businesses that are generally considered fortunate or luckier than others are usually also the ones that are prepared to take the greatest risks and, by association, are also prepared to fall flat on their faces every so often.”

The appreciation of hard work, not necessarily long hours, but putting in a true and steady effort is something that I see lacking in society today. Being authentic has become a buzz word, but unfortunately it has led to people spending quite a bit of time on finding their own true inner self, with positive thinking, coaching, mindfulness etc. Do not get me wrong, there is a time and a place for these things, but they have grown to be far too common, and I believe that we would benefit from listening a bit more to the old stoic way of thinking/acting. Instead of spending our time and energy on finding the answers in our inner self, I believe in finding the answers by being something and doing something to/with others in order to positioning ourselves for the right opportunities at the right time in life – what the Philosopher Svend Brinkman describes in his book “Stand Firm” or what can be found in scripts as “The rule of Benedict”.

I recently invested in an early stage startup, where the founder had had a great idea during a vacation for a startup and had chosen to act on his idea following the principals of career pivoting (unconsciously). First of all he took time to investigate his idea, to learn about the new business area and to build a proper business case. Secondly he build on the strength of his current position and capabilities to get the idea of the ground in the best possible way and last but definitely not the least he dared to pursue the realisation of his idea and to put himself at the risk of failing.

The founder was successful at what he did in his previous career and there is no doubt that it would have been easier for him to stick with what he did and had struggled all of his professional career to succeed with, but as I see it he had also reached a plateau in his career where he needed to make a change to develop further.

The founder has come a long way with the realization of his idea, and I guess that there on the way must have been times where he already has looked back and questioned his career pivot but in the long run I have no doubt that he has made the right decision. The energy and atmosphere around the startup is amazing as dreams are coming true. A little miracle is in the making and everybody around the company is learning and developing at 10 times “normal” speed.

A typical point to reach in one’s career and a point that you need to take seriously, because it often also means decreasing performance (for further on the subject see my previous post.

“Many people hit a plateau in their careers and feel an inexplicable urge to do things differently. The way they have been working is no longer working for them. They’ve hit a pivot point in their careers.” Jenny Blake (Adapted from Pivot: The Only Move That Matters Is Your Next One)

When hitting this plateau, one of the biggest questions that troubles people during a career pivot is: “How do I know when it is time to launch?” The answer will be different for everyone, but it is my experience that in general, when in doubt, you are not in doubt – having these doubts means that you are ready, and from here it is “only” a matter of coming up with the right strategy. What I experience is that people tend to wait a bit too long before starting their career move, but once they are acting on it they tend to plan for a very drastic move – (quitting their current jobs, doing a complete change of career path etc.), and thereby ending up reaching the decision that the change requires too much of them and therefore not following the purpose.

It is my experience and belief that in most cases the obstacles seem bigger in thought than what they are in real life. This is why the principals of career pivoting can come in handy in order to drive a purpose lead change.

Here is my simplified 4 step formula:

I guess that we have all had these dreams, big or small for something we would like to change or do, but not many of us succeed in acting on them. Often they require too much of us, the sacrifices are too big, the obstacles too many and the consequences seem too overwhelming –

I am a big fan of self-management AKA playing the hand that you are dealt and I love to work with people that follow their dreams, stays true to themselves and shows true grit. Please do yourself the favor of working hard to position yourself to new possibilities, keep an open mindset in order to realize when opportunities occurs and dare to act and pursue the right opportunities.

“Still round the corner there may wait
A new road or a secret gate,
And though we pass them by today,
Tomorrow we may come this way
And take the hidden paths that run
Towards the Moon or to the Sun.”

J.R.R Tolkien, Lord of the Rings – sung by the hobbits when they are walking through The Shire

Changes in organisational change programs and why so many...

– In stillness death, in movement life Surveys from McKinsey and Harvard suggest that +60% of... 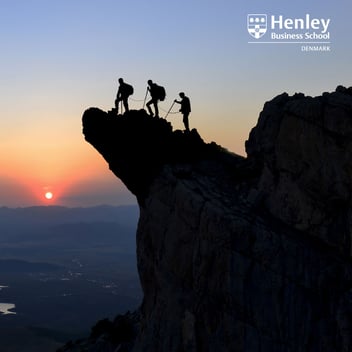 Habits as a primary driver to succeed

I expect and hope that working with habits will play a much bigger role in corporate life in the... 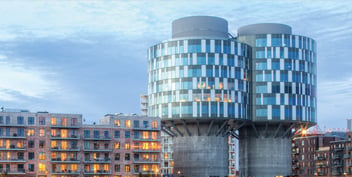 Career services as part of the Henley MBA

The decision to embark upon an MBA is a big one! There’s so many things to think about; have I got... 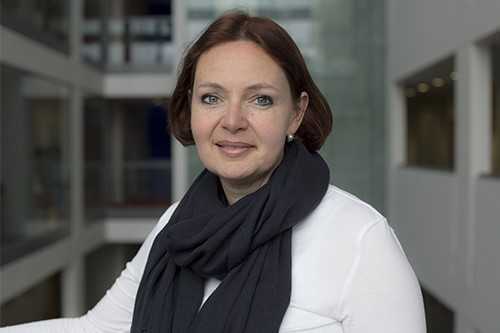 In this session Julia will give an overview of the latest understanding of what makes people happy...