What is it like to balance Executive MBA studies with a leadership role and family life – and why is it worth the effort?

The first glimmer of the idea came to me in spring 2016 when my colleague Tuomo Tähtinen, then Executive Director of Music Finland, graduated from the MBA programme at Aalto University. I realised that this was the path that I too wanted to take, but how? At the time, I lived in Tallinn with my two children aged three and six, and worked as Director of the Finnish Institute in Estonia. My schedule was already back then a juggling act, my hectic days were wearing me down and the price of the degree was frightening – not to mention the idea of having to study a completely new field in a foreign language.

A year later, I had a chat with Ia Adlercreutz, the CEO of Co-founders, who felt empowered by her own Executive MBA (EMBA) studies at Aalto University. Thinking about following her example made me take a deep breath. My situation was still the same, only my children were now a year older. Nevertheless, I began trawling through the rankings for EMBA programmes – I wanted the very best. The rankings by The Economist and the Financial Times listed only two of the programmes available in Finland, the EMBA from Henley Business School, part of the University of Reading in the UK, and the EMBA from Aalto University – exactly in this order. These two business schools were both eagerly wooing potential students.

I chose Henley for practical reasons. When I embarked on my studies, I was committed to paying the tuition fee myself. Although my employer later financially supported a part of my degree, Henley’s EMBA came with a slightly more affordable price tag. I was also able to pay the tuition fee in stages as I moved along in my studies. In addition, Henley’s flexible schedule was really the only option in my life situation. The programme required little actual attendance as most of the work consisted of practical assignments based on current challenges or opportunities either in my own organisation or in some other organisation. We tackled the problems together with our academic tutors, lecturers and fellow students, and there was no messing about: if you failed an assignment, you only had one chance to re-do it. A second fail meant you were out of the programme.

It was only later that I understood how much into the deep end Henley actually threw me. My first degree is an MA in Finnish Literature from 2004. My background in the humanities set me apart from the other Finns in the programme, most of them working in the corporate world. Although Henley has an office and teaching facilities in Finland, Denmark and Germany, the British university culture was very much present. Henley’s identity and values are very strong and it employs, to quote a fellow student, a “harrowing” pedagogy in terms of problem setting and assessment. There is also a strong emphasis on reflection.

I made my worst blunders in my first year. Just adapting to the concepts and learning methods felt difficult, no doubt at least partly due to my background. I played it safe with the demanding module on Managing Financial Resources – practically going through the whole school of economics in just three months – simply by working extremely hard. My assignment was for Kalevala Jewellery, whose CEO at the time, Riitta Huuhtanen, offered me a gentle crash course on corporate world principles. One early summer morning – my kids still fast asleep – attempting to calculate the profitability of long-term investments using the Internal Rate of Return formula, I felt I was at the extreme limits of my mathematical capabilities. I later learned that my fellow students had simply used Excel.

In my first year of studies, I underwent major changes: not only in my life but also in myself. I jumped into a new line of work when I was appointed to my current position as Executive Director in the municipal sector, my first job in this sector. Later in the year, we moved back to Finland. These changes were so overwhelming that I decided to take a six-month break from my studies.

But these were not the only changes I had to deal with. Early in my studies, partly for reasons unrelated to the programme, I had to deal with pain points that resurfaced from decades back including feelings of shame and insecurity. Luckily, I quickly regained my confidence when I found I could tackle topics that were entirely new to me. My professional identity as an executive began to seem as clear as day and the notion of authentic leadership felt like a real find. I felt I had finally come home – or grown up, whichever way you want to put it. I knew that my future role would be to lead others and offer them security.

The study break increased my motivation and by late summer 2019, I was ready to return to my studies. Although the difficulty level clearly increased when we reached strategic leadership, the programme felt easier than before. Applying business-oriented assignments to the public or third sector was not always easy but my professors appreciated my efforts. After all, the principles of leadership are universal, regardless of the field.

Motivation as a resource

The third year of study was devoted to the final project. I was lucky to have David Rees, a highly committed and insightful Executive Fellow as my supervisor. David had the expertise to supervise my complex and little-researched topic on dual leadership in political and public management for which I interviewed members of the city government and executive board of the City of Kerava. It is largely thanks to David that I completed my final project with top marks. When I sent him my drafts in the first months of my writing journey, he suggested an endless array of changes and pointed out that thorough work at the beginning will be rewarded at the end. And so it was: after the tough and slow initial stages, the dissertation practically wrote itself.

And how did I find time to do this? Because I was highly motivated. Self-discipline was not an issue for me but finding the time to study was more of a challenge. In practice, all my holidays included sending my husband and children on trips to carve out some study time. Before COVID 19 hit, I spent countless Saturdays at nearby libraries reading and writing. I stole bits of time here and there. I asked my mother to look after the children even more often. And, I frustrated and irritated my family.

On some Monday mornings, I was exhausted from all the studying. At the time, I longed for the programme to end so that I could go back to normal life but I now find myself somehow missing those days. Studying created a personal and fulfilling space for insights and personal growth. One time when I was returning from the Strategy module workshop in Munich, I thought to myself that there was no going back for me. Something in my thinking had shifted permanently.

On a springlike day in March 2018, which just so happened also to be my 40th birthday, we had raised a toast at Henley in the UK to mark the start of our studies. The sun was shining, sheep were grazing in the fields and rowers were making steady progress along the Thames. Henley Finland’s Managing Director Annu Matula had said, “This journey is going to transform your life.”

Next year, we hope to return to this magical landscape once more when the graduation ceremony postponed due to the pandemic will perhaps finally be held. 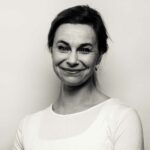 Anu Laitila; is a leadership professional of the municipal sector   and cultural organisations. Currently, she is working as the Executive   Director of Leisure and Wellbeing at the City of Kerava. Previously, she   has been the Director of the Finnish Institute in Estonia and two   literary  organisations. She lives with her family in Helsinki. 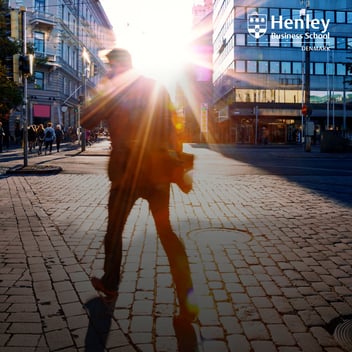 Getting to know yourself. The power of the Henley Personal...

Getting to know your self – the Power of the Henley Personal Development Program   Looking back at... 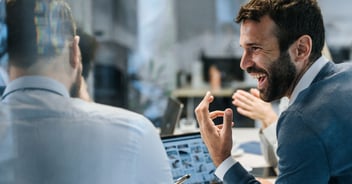 The module 'Personal Development' makes this combination possible In line with its social mission,... 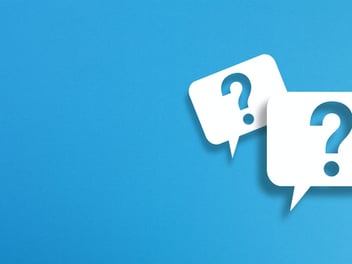 Laurie Wiseman shares why he chose to study the PCEC

Laurie, tell us how and why you chose to study the PCEC (Professional Certificate in Executive... 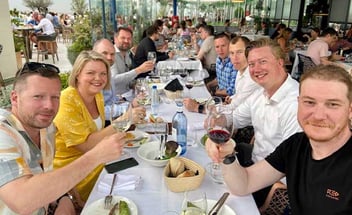 Due to COVID-19, the Global Immersion Study Visit that is part of the Henley Executive MBA’s...